The weather on this day was beautiful as I began my day having the buffet breakfast offered by the hotel. I opted for an outdoor seat to absorb the view of the hectic train situation at the nearby Tokyo station.

After breakfast, checkout was smooth and I was really happy with the overall impression of Maranouchi Hotel, Tokyo. I think I will come back again in my future trips :) I made my way to board the train going towards Shizuoka. It's about an hour train ride on the Shinkansen Hikari. Feeling excited along the way!

So I was supposed to meet Ms Hiroyo Aizawa, who will be my guide in Shizuoka (contact below). I have contacted her a few weeks before the trip. I was very pleased with the places that she has suggested me to visit in this half-day tour. Our only hope is for good weather as according to weather forecast, it was said to be cloudy and Mount Fuji is unlikely to be seen from the areas that we had planned to visit.
I saw Hiro at the station with a signboard written my name. Felt kinda embarassed though haha..but I was so glad to see her :)

She brought me to a nearby coin locker at the station to deposit my luggage before we set off in a local train to Shimizu station. In the short train ride, Hiro was very interactive as she filled me information to understand the various aspects of Shizuoka. 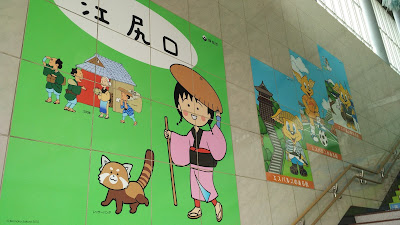 
After reaching the station, we took a cab going to our first destination, Miho Pine Grove (三保の松原) along the Miho Peninsula, Shizuoka prefecture. The taxi driver was a 71 year old man, who looked extremely friendly and energetic. We made small chats together and it was a pleasant ride before we reached the Grove. 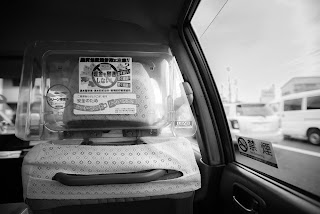 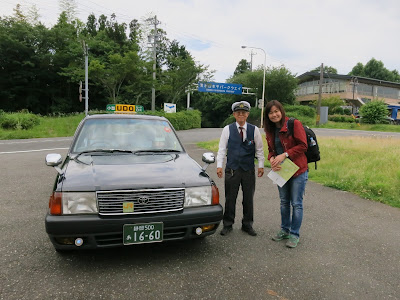 And there it was, Mount Fuji! The weather was just right. We could see Mount Fuji with the waving pine trees along the beach. Hiro said we were very lucky to have seen Mount Fuji as for the past few days, Mount Fuji was shrouded by thick clouds. I'm really pleased with this!

So Miho Pine Grove had a mystical legend, which was also known as Hagoromo (The Feathered Robe). The following description was taken from Wikipedia: "The story of Hagoromo concerns a celestial being flying over Miho no Matsubara who was overcome by the beauty of the white sands, green pines, and sparkling water. She removed her feathered robe and hung it over a pine tree before bathing in the beautiful waters. A fisherman named Hakuryo was walking along the beach and saw the angel. He took her robe and refused to return it until she performed a heavenly dance for him. As the angel could not return to heaven without her robe, she complied with Hakuryo's request. She danced in the spring twilight and returned to heaven in the light of the full moon leaving Hakuryo looking longingly after her." 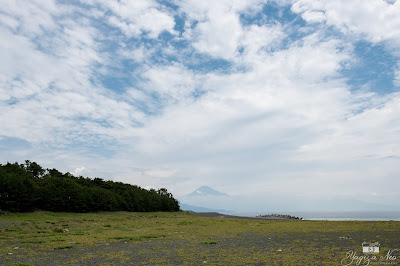 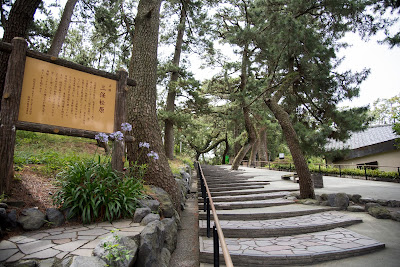 The entrance to the beach 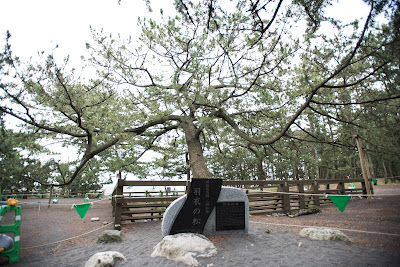 The Pine Tree in the legend 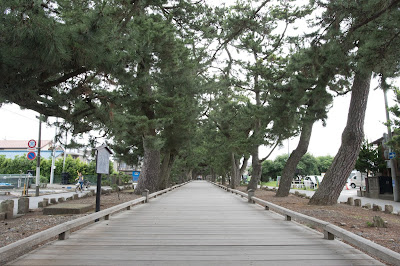 I took a couple of shots of the vicnity as the scenery was simply lovely with the pine trees. We said farewell to Mount Fuji and continued with our cabride to Nihondaira Ocha Kaikan. This was the place where one can experience tea picking and it has the green tea plantation fields and also see Mount Fuji. Mount Fuji is a shy mountain, as quoted from Hiro. I find this comment really apt as it seems to appear and disappear at times. I was really happy to see it again at Nihondaira. I did not do any tea picking but took some pictures of the lovely fields and the hydrangeas (Ajisai), which are blooming in season.

From Nihondaira Ocha, we walked to a nearby park to see more hydrangeas. The flowers were so lovely that I cant help but took more pictures of them. It was my first encounter! 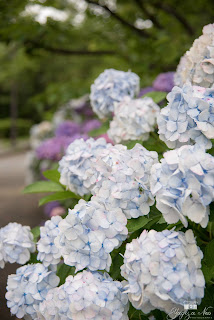 The Hydrangeas in Bloom 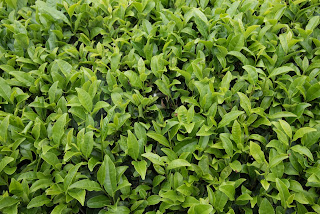 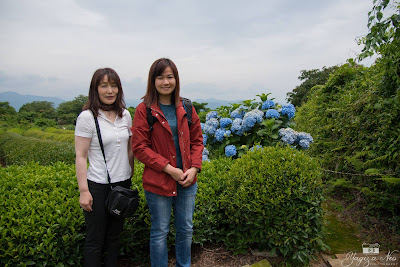 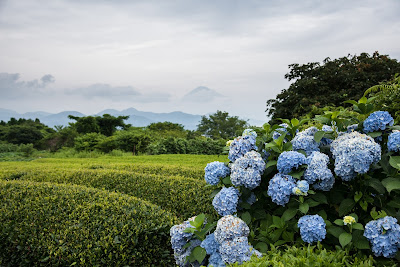 We then visited a nearby hotel named as Nippondaira Hotel. This hotel was really posh and has a strategic location with great views of Mount Fuji on a clear sky. I hope to stay there in the future in winter perhaps to see Mount Fuji! Hiro kindly brought me there to their observatory deck to see the mountain and surroundings.

I did some shopping at the hotel's shop and we waited for the shuttle bus that brings us back to Shizuoka station. Kinda helped me save some transport cab fees back to station! Appreciate this thought as advised by Hiro.

Along the shuttle bus journey, Hiro sang a short verse of her Mount Fuji and tea picking song. I bet it would have been real fun if she sang the entire song as she sang really well! When we reached the station, based on my request, we walked about 10min to Nanaya Matcha shop for some green tea icecream. I get to know about this shop from a blogpost and was really excited to try their icecream as they have 7 different grades of matcha icecream based on the intensity of matcha in it. They also have the roasted tea flavor. I tried the middle grade matcha icecream and the roasted tea. It was heavenly taste!! 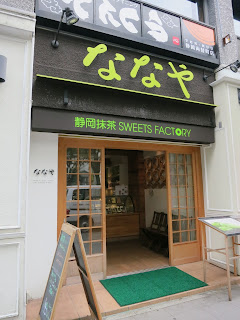 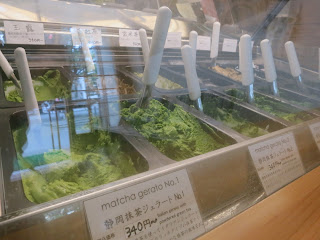 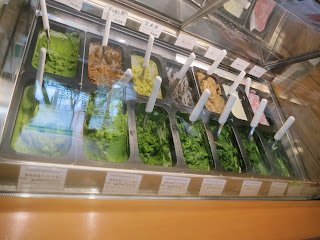 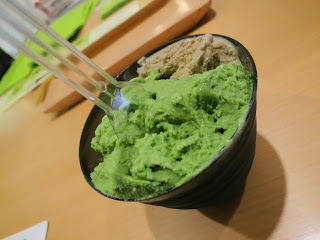 We spent some time speaking to the staff and to understand about the history and origin of this interesting ice cream shop before making our way back to Shizuoka station. Along the way, Hiro introduced me to the various shops selling famous produce of Shizuoka which includes wasabi, tea leaves, sakura-ebi. It was an enlightening trip to have learnt so much about Shizuoka from Hiro and I really appreciate her effort in making this a wonderful trip for me. We bade farewell with several souvernirs given to me by Hiro and I was really happy that the weather turned out to be great on that day =)

If you are looking for a customised day trip/tour suggestions in Shizuoka, you may contact the following:
Mt. Fuji Shizuoka Guided Tours

To check out the status of Mount Fuji from viewing at Shizuoka, you may refer to the following website. An awesome one which has updates every hour!
http://www.pref.shizuoka.jp/~live/english/index.html